I remember like it was like yesterday when I first discovered the power of the shower faucet.

I was 11 years old and was taking a bath or a shower.

All I knew was that I had an itch that needed to be scratched.

Suddenly, a lightbulb went off in my head, and I got a marvelous idea.

I laid down in the tub and spread my legs on either side of the faucet and let the water pressure do its work.

Next thing I know, I got this really intense, phenomenal feeling.

Once it was over I was so calm and happy that I did not want to get up.

It was glorious and strange all at the same time because I had never experienced something so intense yet pleasurable.

P.S. If you want to learn more about vaginas, Click Here!

Everyday after school, I couldn’t wait to do it…until I was caught by my mother.

Can you think of anything more traumatizing than having your mother catch you with your legs in the air? Cause I can’t!

Luckily, my mother was very kind about it.

In her attempt to not make me feel like a total pervert, she explained to me why it felt good and why it was okay.

Only to be careful and not do it too often because I could hurt myself.

In all honesty, I have no idea how I figured out that a vibrating sensation between my legs would give me intense pleasure. So I am just going to blame it on evolution.

My body knew that it would feel good, but me, 13-year-old Mía, had absolutely no idea. She was too preoccupied with learning algebra.

What I do recall is how much Micheal Kelso from That 70’s Show got me going.

So we are going to blame this discovery on him.

That’s when I discovered… my fingers!

I know, I know! 18 years old and just figuring out that my fingers could make me feel just as amazing as a shower faucet.

It took a while to get to that conclusion, but I made it there on my own time like everything else.

As you can tell, growing up, I have had periods where I masturbated almost every day and, at times, none at all.

I was always finding new ways to make myself feel good. Whether it be through the use of my fingers, the back massager or the almighty shower faucet.

And according to my sex ed class, it was a big no no, for girls of course.

I learned it as if it was something that you should not be doing because you don’t want to ruin yourself before you get married.

All I knew from the ages of 11-15 was that when I put pressure between my legs, it felt good. If I did it for long enough, it felt incredible.

My mother (bless her heart) did not know how to talk to me about it at the time. In trying to keep the lesson as G rated as possible, she missed a few key components.

While my mother missed these few pieces of advice, she did her best.

More about it’s positive benefits and its place in my life.

Not in the abstinence-only “if you touch yourself too much, you’ll break yourself before anyone else gets to play with you cause you’re a pretty little doll who doesn’t do such naughty things” type bullshit education model that I received.

That type of shit fucked me up and traumatized me into thinking I was a corrupted deviant. Which I am but in a much more enthusiastic way now.

As a 22-year-old woman, who masturbates pretty often, I feel that if I knew these things from a younger age, I would’ve been more secure in my sexuality and who I am.

I have always been a very sexual person.

If I would’ve known that that was okay and that many kids from a young age discover the pleasure of touching their own genitals, maybe I wouldn’t have felt like such an outcast.

But I want to leave y’all with this.

It feels fucking incredible, and many people do it every day, so it’s nothing to be ashamed of.

Some people do it more often than others, and others don’t do it at all, and THAT’S OKAY!

It’s actually scientifically good for you, and there are so many different ways you can engage in it, just be safe and do your research. 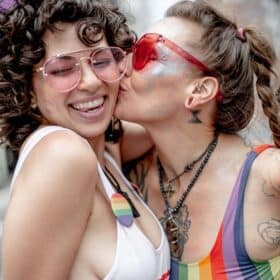 5 Reasons Why Everyone is a Little Gay!

How Antidepressants Can Change Your Sex Life 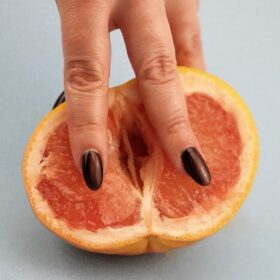 For anyone who has felt ashamed for being curious about sex and all the nitty gritty that goes with it. Let's explore the mind fuck that is sex, together.

Buy me a coffee