5 Myths About Planned Parenthood That Need to End

I love this organization so much that I dedicated half of my college experience to spreading their mission as if I were a Christian trying to get people to listen to the word of God.

But like with things that I love, it’s hated on, and I never understood why.

An organization that does so much good for the community and people around the country receives so much backlash.

It wasn’t until I started hearing all the bullshit people believed was true about the organization.

“That organization pushes young kids to have sex!”

“The organization works for Satan!”

You know, all the regular bullshit.

So instead of blindly following the bullshit that people told me, I decided to do my research.

And guess what I found out.

The myths about Planned Parenthood that protestors and bible-thumpers hold on to so dearly are wrong and are hurting everyone.

Planned Parenthood is an organization that helps more people every day and is the only option of care for some people.

Who is Planned Parenthood?

Let’s start at the beginning.

At its core, PP (Planned Parenthood for short) is a health care center that provides affordable health services to people from all walks of life.

They serve anyone and do not discriminate against people based on their gender, race, sexuality, class status, or socioeconomic background.

In fact, “roughly 75% of PP patients are low-income or below the federal poverty line.”

So what does that tell us so far?

Planned Parenthood helps people that are often turned away from other centers.

Now you won’t understand how Planned Parenthood makes money without knowing about a little something called Title X and the Hyde Amendment.

Federal Title X funding ensures that every person has access to basic, reproductive health care regardless of where they live, how much they make, their socioeconomic background, or whether or not they have health insurance.

It does not include abortion.

Have you heard of the Hyde Amendment?

If you are like me, then you’ve probably heard of the name but never really took the time to look it up.

But don’t worry, I got you!

The Hyde Amendment is a 40-year ban on federal funding for abortion except in cases of rape, incest, or threat to a woman’s life.

Now, what does that mean?

It means that programs such as Medicaid or Title X cannot cover abortion costs.

This brings me to my first myth:

As we learned in the previous paragraph, federal funding does not go towards abortions.

Since patients don’t have access to federal funding to get an abortion that falls under those 3 categories, they have 3 other options:

Remember that abortion can cost anywhere between $0-$1500.

While Title X helps low-income and uninsured people access contraceptives and other sexual health care services, IT DOES NOT PROVIDE MONEY FOR ABORTIONS!

And a patient on Medicaid can only get funds for abortion if their life is endangered or if the pregnancy resulted from incest or rape.

So what did we learn? No federal money is used for abortions.

We have all heard the chants about “defunding” Planned Parenthood from the crusaders who genuinely believe they are doing the right thing.

In reality, they are hurting more the marginalized groups that already struggle to get access to health care.

Defunding PP would cause Medicaid spending to increase by $650 million in the first 10 years.

Moreover, “barring Planned Parenthood health centers from being reimbursed through Medicaid would result in a net cost of $130 million to taxpayers over 10 years due to an increase in unintended pregnancies without the high-quality contraceptive care that Planned Parenthood provides.”

Lastly, if Planned Parenthood were to shut down, it would lead to a health crisis. Local community health centers would not be able to take on the Medicaid/Medicare patients that depend on PP’s resources.

Myth #3) The Government Set Aside Money for Planned Parenthood

See, this is a myth about Planned Parenthood that I thought was true because how else would a nonprofit be running if they weren’t making money?

But after doing some digging, I found out that the government does not set aside money specifically for Planned Parenthood.

The government sets money aside for public health programs that patients then use at Planned Parenthood.

This indicates that defunding PP means blocking patients from using federal programs such as Medicaid and Title X to receive preventive health care services at a Planned Parenthood center.

Planned Parenthood makes money from getting Medicaid reimbursements like hospitals, and healthcare providers do for services to low-income patients.

Other revenue sources for Planned Parenthood include donations which account for about $353 million and patient fees.

The graphic below demonstrates how PP is reimbursed for its services.

I found this one to be funny, in all honesty.

It’s comical because parents and older individuals are so quick to forget what they were like as teenagers and condemn teens for being curious about their bodies and sex.

They portray sex as this evil thing, and you should stow all those unholy urges you feel in a box under the bed until the wedding bells ring.

Anyways, Planned Parenthood is a health care organization that provides access to sex education for anyone curious about sex, family planning, STIs, and birth control options.

They give people of all ages and backgrounds access to accurate information surrounding sex.

The information does not equal encouraging/pushing teens to have sex if they aren’t ready.

People shouldn’t be so afraid of their teens learning correct information about sex.

It has been researched that the lack of sex education correlates with increased sexual risk-taking and teens having sex earlier on in their lives.

While learning about sex without any taboo and in a comprehensive manner has been shown to teens waiting later in life to have sex.

Adults consume media related to sex and even watch tv shows about teens having sex, but when their teens start asking about it, they turn a blind eye.

This is probably the biggest myth about Planned Parenthood that exists.

Protestors are quick to claim that PP only does abortions. Still, all it takes is a quick google search to learn that abortions only account for 3% of the organization’s healthcare services.

Nearly all of the services that Planned Parenthood offers fall under the category of preventive services and screenings such as:

Pro-lifers and people against abortion must understand something:

“Defunding” PP Hurts Those Who are Ignored

So what have we learned today:

And lastly, Planned Parenthood helps people and is the only hope for some.

Protestors need to shift their focus from the unborn to the living that is actually crying out for help.

5 Signs You May Need A Break From Sex

4 Weird But Effective Hacks to Make Your Period Less Miserable 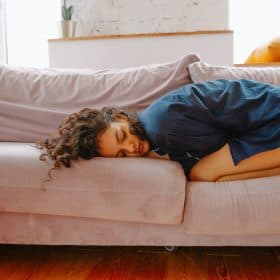