5 Signs You May Need A Break From Sex

Sex is one of those magical things that makes life better.

It’s everywhere, and everyone is supposed to want it all the time, but what do you do when sex just doesn’t feel that amazing anymore?

It’s not the same anymore but what can you do?

Well, I will suggest something, and it may sound a little bit crazy, but all the best ideas are.

I think it may be time to…take a break from sex (cue gasping noises).

I know, I know, sounds crazy. But hold on.

Taking a break from sex is not depriving yourself; if anything, it is an opportunity to get closer to yourself.

It’s a chance to pay attention to what is going on with you without having sex in the equation.

It’s a chance to ask yourself the question, “Who am I when I am not having sex?”

If you’re still not convinced that you need a break from sex, then here are five signs that you could be ignoring.

P.S. This is for all people, whether you are a part of a couple or are single. Everyone needs to ask themselves these questions.

Does this sound familiar:

If you can relate to any of this, I hate to break it to you, but you’re probably bored of sex.

You can be role-playing and having sex in public, but the whole thing just doesn’t do it for you anymore.

You just lie there counting the strokes until it’s over.

#2) You don’t feel anything (literally & emotionally)

Picture this: You are making out with this person that you find super fucking hot. They are kissing your neck and then your chest. Things are getting hot and heavy. They pull your pants and underwear done and start touching you. Then they lay you down, spread your legs, and… well, you get the picture.

But wait, something is wrong.

As this super hot person is fucking you, you are just lying there waiting for it to be over.

You are not really into it and are just moaning and groaning at the right time to make them feel like they are doing a good job.

You put yourself into autopilot mode just to get yourself through it because you think you should want to have sex, and the opportunity is here, so why not?

And when it’s finally over, you get up and leave, or you lay there and go on your phone.

If you relate to this, I am sorry because I know what it’s like to force yourself to have sex with someone you think you should want to.

The last time I had sex, this happened to me. It was a horrible experience, but I didn’t know at the time that I was forcing myself to have sex that I honestly didn’t want.

The person I had sex with, Mr.Persistent, was a perfectly nice guy and was pretty good in bed. Dare I say the best I’ve ever had so far, and I felt nothing the last time we had sex.

He knew what he was doing, and I was groaning and moaning like an idiot to make him feel good. I felt his dick go in and out of me, but that was it.

I was not enjoying myself in the slightest.

The whole experience felt empty. The endorphins weren’t going off in my head anymore. I was wet and felt everything physically but felt none of the excitement I used to feel when I first started having sex.

This brings me to my next point.

Related Article: My Sexual Sabbatical: Do You Need One?

Now, this is different from not feeling anything during sex. This is the aftermath of having sex.

Have you ever had sex and asked yourself, “what was the point of that?”

Before my break from sex, I remember I would cry after having sex because the whole act just felt empty, and I didn’t know why.

Once I took my Sexual Sabbatical, I realized that I was using sex as a coping mechanism for the loneliness I felt and the people I was having sex with, instead of helping with the loneliness, made it worse.

The interaction would leave me feeling used, and I essentially felt drained.

So if after having sex with someone, try to take a step back and ask yourself how you feel?

This is the time to be honest with yourself and not hide behind the wall you created within you.

Because if after having sex you are crying in your car listening to Lana Del Rey singing about how happiness is a butterfly that escapes from you when you try to catch it, then I think you need to reevaluate some things.

Have you ever gotten angry with someone post-sex for no apparent reason?

And I am not talking about them crossing a boundary or anything because at that point, if they don’t respect your boundaries, then they deserve a slap in the face.

But I am strictly speaking from a post-sex dysphoria point of view. The sex was okay, but it was not what you expected, so you get angry at the person you’re having sex with?

Or maybe you’re sick of them, don’t enjoy their presence as much, don’t know how to say it, and cut them off, so you just get angry with them?

This happened to me a lot right before my break.

After sex with people, I would become angry with them, and I had no idea why.

Post-sexual sabbatical, I realized that I was done having casual sex. I wanted something more, but I didn’t want to admit that to myself, so you know what I did?

I doubled down, had more casual sex, and was just angry with everyone.

If you find yourself getting angry for no real reason, you may need to take a step back and look at the bigger picture.

#5) You’re looking for validation through sex

This one may not be as obvious to you now, but hopefully, reading this will spark the lightbulb as it did for me.

If you find yourself doing things in the bedroom you don’t really want to do, sleeping with people you aren’t all that attracted to, or even going as far as dating them, then you might be seeking people’s validation.

I know it sounds ridiculous now but hear me out.

Let me set the scene:

I was angry with the people I was hooking up with, but I kept going over whenever they wanted me to. The sex felt empty, but if they wanted me, I was there. I would do things in the bedroom with them that I really didn’t want to do, but because they asked me, I wanted to make them happy, so they would keep inviting me back.

After taking my sex break, the realization hit me like a truck.

I was forcing myself to have sex with these guys because I wanted their validation. I wanted them to long for me, want me, and need me. The sex felt empty because there was no feeling there, and I wanted them so bad to feel something for me that I pushed myself to do things I was not comfortable with. So when all was said and done, and they didn’t want me as I wanted them to, I was resentful.

I didn’t get my validation even though I pushed past my boundaries for them, so after that, sex was this horrible, emotionless thing that I didn’t even care for anymore.

Related Article: What I Wish I Knew Before Having Sex For The First Time

Runaway with us for the summer—-

If you know anything about Alexander Hamilton, you would see that he made some major life mistakes that threatened his family, job, and reputation since he didn’t take a break.

And the same thing happened to me.

Okay, not to the extent of ruining my reputation, but it destroyed my self-esteem and sex.

I didn’t listen to the signs my body, mind, and soul were screaming at me, which in turn caused me to put my well-being on the line.

So if you relate to anything that I said or think you need one, then take the break.

There is no downside.

Even if you are in a relationship, take a break.

Talk to your partner, and if they shame you and threaten you, then it’s time to reevaluate that relationship too.

Your well-being is important; treat it like it is. 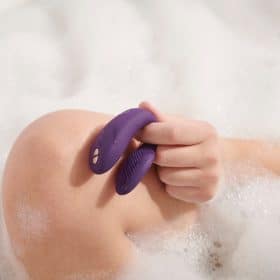 4 Things I Wish I Knew Before Buying My First Sex Toy!

5 Myths About Planned Parenthood That Need to End 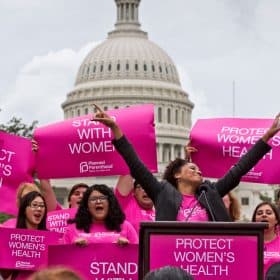