Now you are questioning yourself as a human being, and the shame and embarrassment are setting in AFTER you had your orgasm?

Or maybe you have a lot going on, and things have been super stressful at work, or there is an issue that you just can’t solve, so you rub one out or have sex, and then BAM! The heavens part and your solution has appeared?

If you have answered yes to any of these scenarios, then you have experienced Post Nut Clarity.

This article is going to cover the top 7 things to need to know about Post Nut Clarity and how it can impact your sex life!

Before we dive deep into the depths of the legend of post nut clarity, let’s talk definition.

After reading various definitions of post nut clarity, I realized that their explanations only told half the story.

It was either defined as the shame men feel after orgasming due to their poor horny-driven decisions or the mental clarity they felt after sex that helped them realize their true passions and that they need to change their lives.

It wasn’t until I came across Urban Dictionary’s Post Nut Clarity definition that I felt I found the right description.

“the immediate clear mindedness or soberness an individual gains after orgasming (busting a nut).”

Short, clear, and to the point. Not describing post nut clarity as a bad thing or even a good thing, just explaining how it is.

Something that happens after you have an orgasm that makes you think of things in a different light.

Yes, you read that right. Post nut clarity can help you make life-altering decisions. Or just help you decide whether you want Chinese or Italian for dinner.

Remember that scenario at the beginning of the post? The one about decision-making and heavens parting? Yeah, well, that is what happens.

But once we orgasm and get the dopamine and endorphin rush, we are able to refocus on whatever issue we were dealing with previously.

Sometimes we get a solution to the question we have been mulling over, such as getting a pet, starting a company, or possibly even ending or starting a new relationship.

So if you need help dealing with a problem, try rubbing one out or call your partner or hook up to help!

Sex is a whole-body experience.

It causes you to have an erection and prompting your brain to become foggy because it’s now focused on one thing.

Which is getting laid or having an orgasm (or both if you’re lucky!).

The brain fog you are experiencing as you become aroused is attributed to the rush of hormones and neurotransmitters such as dopamine, testosterone, and endorphins that are clouding the decision-making portion of your brain.

Once a man has an orgasm, the hormones and neurotransmitters are released, causing the euphoric sensation of the orgasm to occur.

Simultaneously, as the levels of endorphins, dopamine, and testosterone are decreasing, prolactin (hormone) and norepinephrine (neurotransmitter) are increasing.

Prolactin leads to a lower sex drive, and norepinephrine leads to a higher ability to concentrate, leading to the clarity aspect of post nut clarity.

Once the tension of wanting to have sex is released, these hormones and neurotransmitters make it much easier to concentrate or self-reflect.

#3) The Length of PNC Depends on Your Refractory Period

Now that you know how it is caused, you may wonder how long post nut clarity lasts.

This depends on the man.

I specify males in this because, in a man’s orgasm cycle, they have something called a refractory period.

The New Oxford American Dictionary defines a refractory period as

“a period immediately following stimulation during which a nerve or muscle is unresponsive to further stimulation.”

Or, as I like to call it, your self-reflection time.

Once a guy has an orgasm, they have this refractory period due to an increase in prolactin.

They can no longer get hard nor have a sex drive, so the norepinephrine kicks in with a mental focus they weren’t experiencing before.

This refractory period can last anywhere from minutes to days. It depends on the person’s physical health, age, and other individual factors.

Now you may be wondering, do women have a refractory period?

Yes, they do! It just happens to be much shorter than their male counterparts. This short refractory period is why women are ready for the next round so quickly and why they can have multiple orgasms.

#4) Women can experience PNC, Too!

Many of the articles that I read have claimed this to be an exclusively male phenomenon, but it turns out that is not the case.

Any woman who has been able to orgasm knows that things become clearer once you’re sitting in the euphoric aftermath of your orgasm.

Now we may be ready to go a second round a few minutes afterward, but that doesn’t mean the first orgasm we experienced didn’t help us come to the magical realization that we don’t want to see again after tonight.

As Cosmo stated, “women release the same endorphins and hormones during sex and their orgasm as men. “

The issue is the orgasm gap. Few women, specifically heterosexual women, have orgasms during sex, so they do not get a chance to experience that self-reflection period.

It seems like the only post nut clarity women get from sex is that they came to the wrong house.

But as stated before, if a woman can achieve an orgasm, she will have a short refractory period (shorter post nut clarity), making her ready for round 2 in a matter of minutes.

Click here to read more about women and vulva-owners!

#5) People experience PNC to different degrees (or not at all)!

So you may be reading this post and think to yourself, “yeah, I don’t know what this chick is talking about. This has never happened to me.”

It turns out not everyone is an exact carbon copy of each other experiencing the same things.

Post nut clarity doesn’t happen to everyone, and it most likely won’t happen after every orgasm.

It turns out your orgasms can only help you make so many life-altering decisions.

From what I have gathered and experienced, it is like an alter ego takes over when a person becomes aroused.

P.S.A. THIS IS NOT A EXCUSE TO ACT LIKE AN ANIMAL WHO CAN’T CONTROL ITSELF.

But the post nut clarity you get after your orgasm is not what makes you feel ashamed it’s the stigma attached to the subject of sex.

But what I’ve seen and believe is that any shame you feel is because, at one point or another, society taught you that sex is dirty and nasty, so any exploration you do in the area makes the whole thing 10x worse.

So when you are in your post-nut clarity state, be kinder to yourself and be honest with yourself about whether or not you enjoyed that experience.

#7) Try The Post Nut Clarity Test If You Need Help

Now you may be wondering, “what the fuck is the post-nut clarity test?” Well, I am going to tell you! But the truth is you may already be doing this but have not given it a name yet.

Adapted from an article I read on Medium (click here to read), this test will help you…

First, you will find a nice comfortable location where you can relax and not feel like someone is going to walk in on you any second.

Lastly, in your euphoric state post-orgasm, you will use that mental clarity to think about the situation that has been bugging you.

If you are wondering if you are attracted to a specific person, think about them next to you.

As the Medium article puts it, “Are you horrified and disgusted by yourself? Or do you feel comfortable and relaxed?”

If there is an issue you are dealing with, think about it. See if any new perspectives pop up and explore those.

Don’t try to force yourself to have an epiphany. If it’s meant to happen, it will happen.

What Do You Think?

Post nut clarity is a crazy topic that I didn’t hear about until I was a junior at university, listening to the Call Her Daddy Podcast.

At the time, I was shocked by the revelation, but after writing this article, I’ve realized that everyone in some form or another experiences post nut clarity.

But comment down below and let me know if you have ever experience post-nut clarity.

If you have, has it ever helped you make any life-altering decisions or make you realize that the path you are on is not for you? 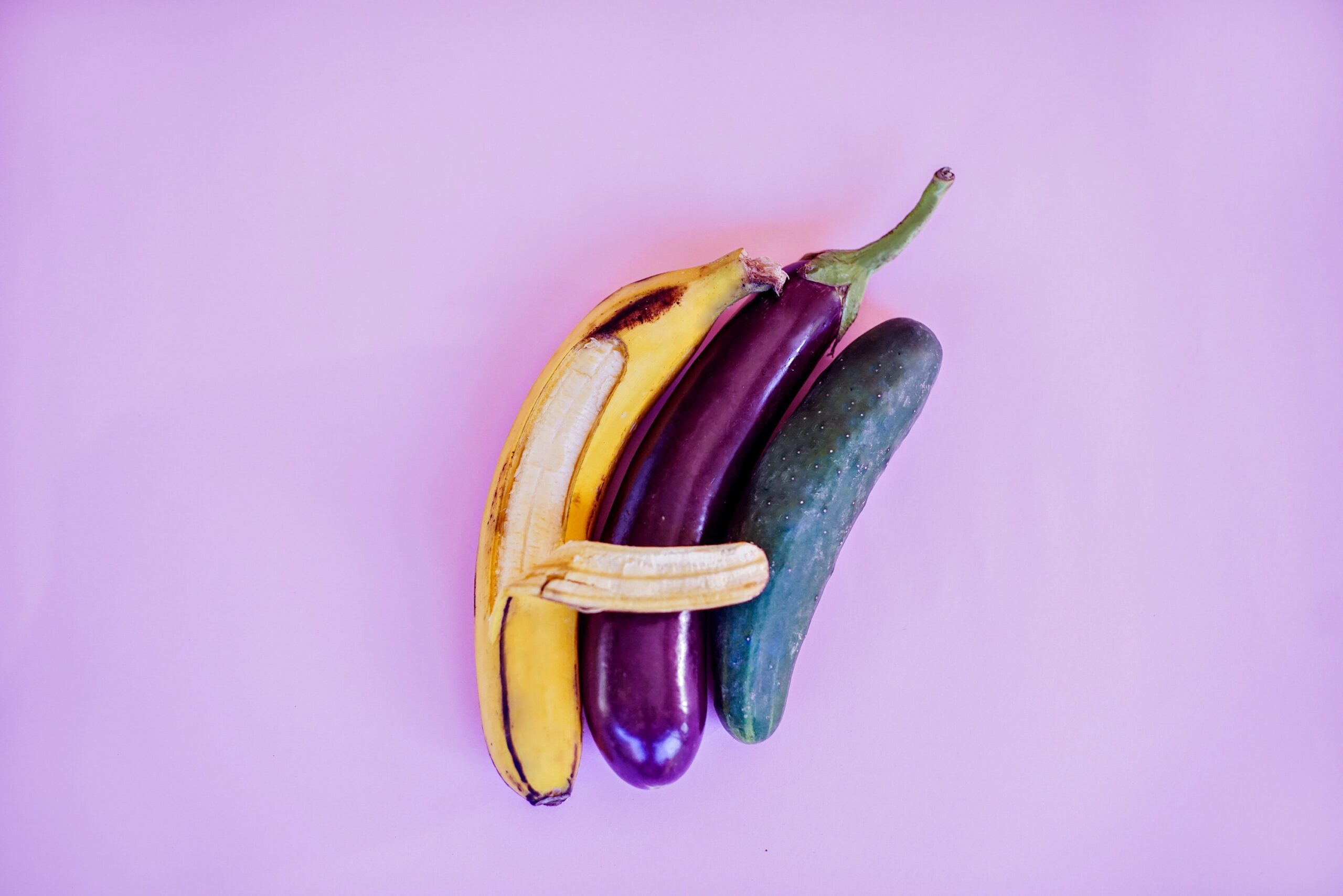 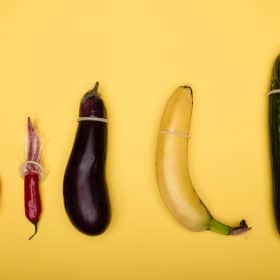 You have no idea how much clarity this post gave me. Thank you.

I am glad I could help! Plus I love a good pun.

i am in a situation that i have a friend but also
more than a friend because we’re having sex. we know that we like each other and we care to each other. he always ask me that he hope that i don’t regret what happen ? why he ask me that. and he always told me that though we’re just like that we was happy just having me. should i believe him ?

For anyone who has felt ashamed for being curious about sex and all the nitty gritty that goes with it. Let's explore the mind fuck that is sex, together.

Buy me a coffee